While Joe and Hannah were visiting Vancouver we had to do a hike as that’s an essential part of the Vancouver experience and lifestyle. The forecast was a bit iffy so that ruled out the longer hikes but I finally settled on the Stawamus Chief.

The Chief is one of the most famous hikes in Vancouver but hopefully it wouldn’t be too busy on Thursday in mid September. The Chief consists of 3 peaks but most people only do the first as it has the best views. (an essential Instagram shot!)

As we started up the trail it was cloudy but appeared to be clearing so hopefully by the top it would be nice and sunny.

After a gentle start you then hit some steps and these climb fast. The initial steps are brutal, for some reason they are a very awkward height and spacing so every step is basically a squat. Joe was also setting a punishing pace. We would be there in no time or found dead from exhaustion on the side of the mountain somewhere.

After the initial steps the trail changes to rock steps and climbing/scrambling but keeps a steep gradient. In no time we had reached a cross roads that split towards the 1st peak and 3rd peak. We found a couple resting here who informed us the 1st is always very busy, the 2nd less so and the 3rd is always deserted. To the 3rd it was.

The trail continued to climb over challenging terrain and we definitely took a couple of detours as some of the markers were very well hidden. This is probably why fewer people go to the 3rd. This route definitely blurred the line between a hard hike and gentle rock climbing.

Despite the detours we had finally scaled the 3rd peak. The peak is more of a granite (according to Joe) plateau than a peak but has am awesome view overlooking Squamish. While the view of the mountains and river is great it does highlight that Squamish is not what you would call a pretty town. The famous Chief view looks down Howe Sound and that was still to come. 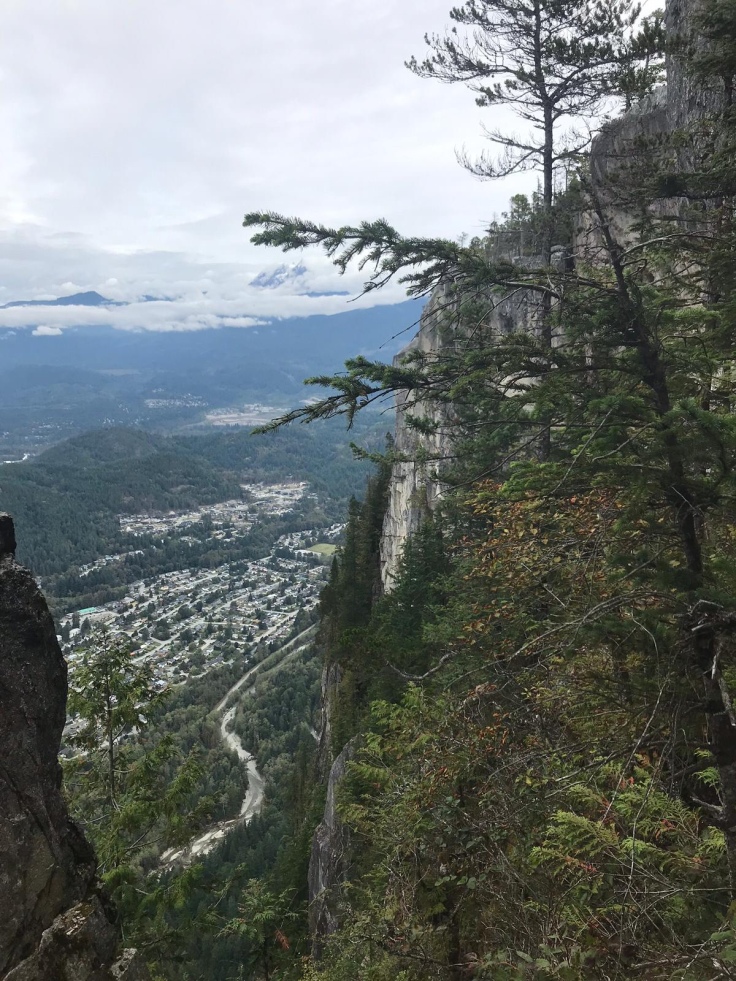 After a brief explore we set off for the 2nd peak. This is a simple hike along the ridge and we found a nice spot for lunch (part 1) partially overlooking  Howe Sound and the Squamish River. Cheese and Ham sandwiches with chocolate. Perfect

Unfortunately not long after we sat down the cloud started to roll in so with our viewpoint ruined we moved in.  We had actually stopped just short of the 2nd peak but with cloud and other people there we cracked on.

We didn’t see much wild life but did find a chipmunk who I managed to trick in to thinking I had food. Hannah then tried but as the saying goes ‘fool me twice…’ and found himself a real nut instead.

The trail then got interesting. We had to go down some wet slippery rocks and even with the chains to help it felt like rock climbing. I was the first to slip, followed shortly by Joe, but we managed to avoid serious injury. We just had slightly sore groins as one step down made me and Joe stretch slightly further than we are meant to!

Next up was a short cut from the 2nd to 1st. This would save us a few km of hiking but involved climbing a vertical cliff up some planted ladders. There was a warning sign indicating danger but what’s life without a little danger. 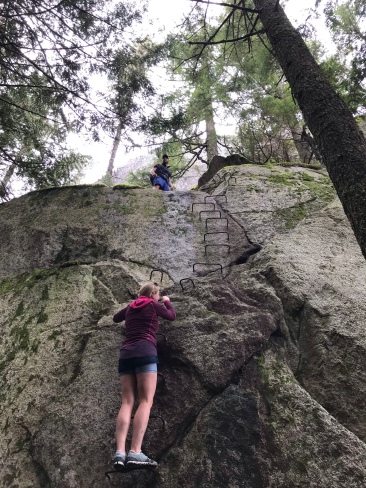 The route was a little interesting and while vertical it was nothing worse than what we had already encountered. It took us straight up the back of the chief to the 1st peak and the best view…. 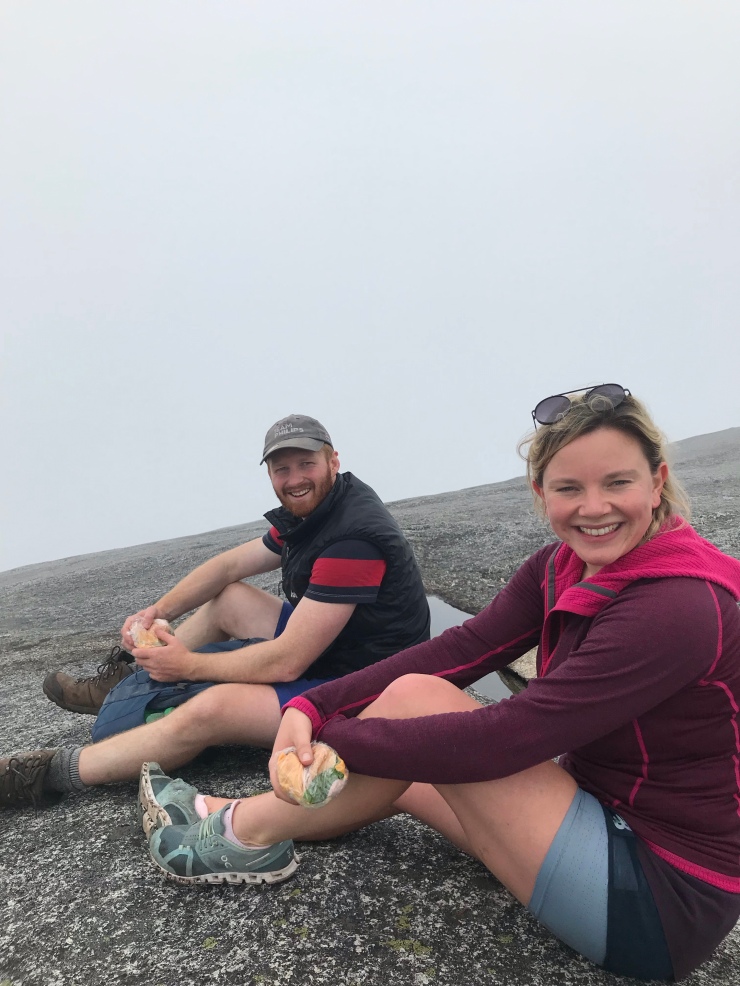 The cloud had come in and there was no view to be seen. Unfortunate for sure but that’t the way it goes and did not dampen the spirits. We enjoyed lunch (part 2) and set off for home.

The advice we received had been correct. The 1st peak had been busy, despite the lack of view, and with people who didn’t have proper hiking gear. I guess that’s what you get on the most popular hikes.

To finish off a fun day out we popped in to Back Country Brewing for a beer, warm nuts and olives. It’s an awesome little place and the pizzas look amazing but we were saving ourselves for a sushi dinner back in Vancouver.

Another must do hike ticked off and what great company :)!